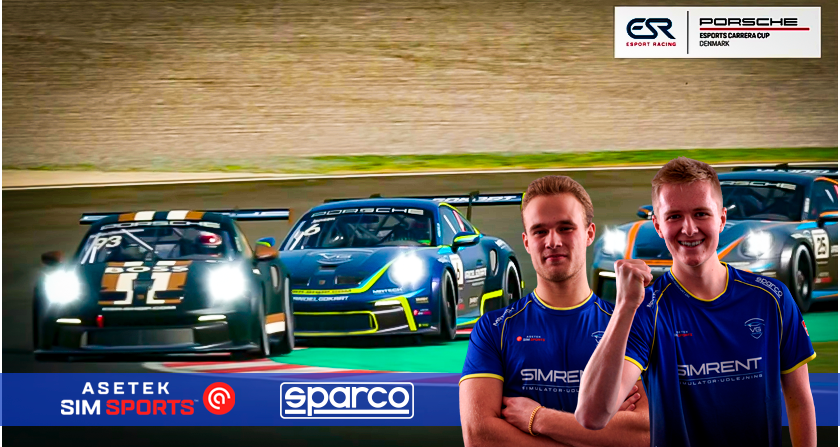 FANTASTIC! – that already after PECCDK Round 1. powered by Vandel Gokart we can celebrate the first triumphs of the season 🏆🏆 Mathias H. Jensen took a P2 for VG RACING Asetek Simsports, while Lucas Daugaard finished just behind in a P3 for VG Racing Sparco Vandel. Already in qualifying, our preparations bore fruit, as VG Racing was represented with 4 drivers in the top 10.
The academy drivers also made a great debut, with Rasmus Christensen setting P8 in qualifying and the fastest lap time in Race 1. Frederik Sørensen scored good points with P17 and P18 in the two races. Nicklas Simonsen was at the front of the action, scoring P7 in Race 2 and perhaps making the best overtake of the race. Nice that the work with the young talents is paying off and lifting them to personal success.
Overall, Asger Radsted from VG RACING Sparco Vandel is in a solid 4th place in the championship after P6 and P5 in the two races of the first round. At the same time, with his teammate Lucas Daugaard he is P3 in the overall championship. VG RACING Matech Systems with Nicklas Simonsen and Mathias Dall is P4 in the team championship.